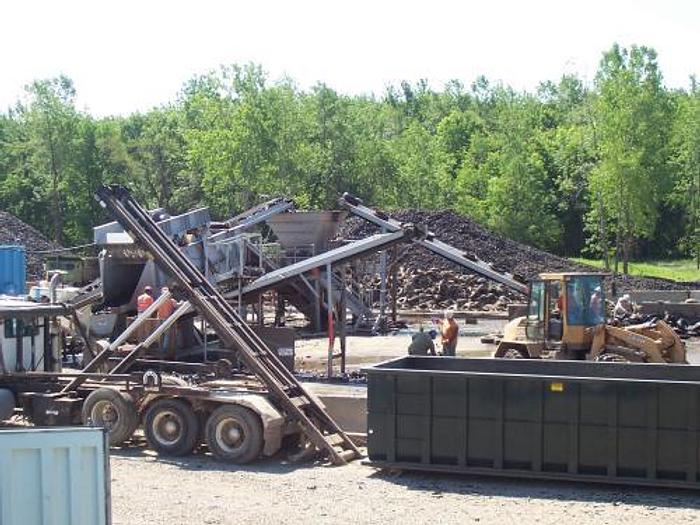 In 1972, the Burda family invented the first shear type shredder and started the Saturn shredders company. For eight years, the company was family owned and operated until it was sold in 1980.

Dan Burda then founded the SSI International Company in Wilsonville, Oregon in 1980, and established a license with Saturn as a West Coast dealer for the Saturn Line of Equipment. In 1985 the decision was made to make a competitive line of shear shredders under the SSI and SSI International Line. This was accomplished. In 1987 Dan Burda decided to sell his shares in 1987.

One of the major reasons for his parting with SSI was to begin the project of manufacturing high quality recycling equipment at lower prices and to establish a subcontract manufacturing based business with low overhead. The Eidal Line was chosen as that vehicle for the new line of low cost shredders.

In 1993, Global Recycling Equipment and Shredderhotline began the production of the first Chinese made shredders ever made.

Since that date, we have expanded our production capabilities worldwide to include complete recycling systems. We build systems that can process tires and separate the rubber from the steel and the fiber.

The AutoCAD design below represents the system that was built for a group in Wisconsin.

This system is designed to produce a wire free 5 to 10 Mesh rubber crumb from car and truck tires.

At the moment there are a few tire recycling plants across the nation. The plants that are running at the present moment are plants that where installed 10 to 40 years ago, and use old technology, supplied by everyone in the industry.

Tire recycling equipment and most systems are always built to the specs of each and every project.

This is due to the fact that no two projects intend to process the same hourly tonnage, or produce the same end product.

How does tire recycling equipment work? First the tires have to be shredded down to a 2’’ chip. This is achieved through a series of shear shredders, or through one re-circulating shredder. Then again, the amount of machines required depends on the hourly tonnage to be processed and the design of the system.

The 2’’ chips are called TDF (Tire Derived Fuel). This product can be sold as a burning fuel to cement kilns and steel kilns. It is gaining popularity because the BTU output is equal to that of high grade coal, but the price is roughly the same.

For further processing into granules, the chips are then fed into what is called a “Rasper”. The Rasper is a machine that was originally developed by a wide range of groups worldwide, but common to tire grinding was the Eldan Grinder, made in the Netherlands, in the late 1970’s, and redesigned by Saturn in the late 1980’s, and then copied by the CM shredder group in the 1990’s . This 400hp machine will basically stretch and pull the rubber off the steel. The end product after this step is 1/2” wire free rubber and loose steel. At this point, the steel is 98% free of rubber. The rubber is virtually wire free.

The minus 1/2” wire free rubber can be colored or painted and used as a landscaping material. Also referred to by the name “rubber mulch”. The painting process it quite straightforward. The rubber and the desired colored dye or paint are mixed together in a drum that resembles a cement mixer.

If you want to produce rubber crumb, the minus 1/2” wire free rubber granule will have to go through a granulation stage or a crackermill stage.

Granulators are very efficient at producing 5 to 10 Mesh rubber crumb with some fines. Crackermills are also efficient in this range but are often used to make 5 to 30 mesh material.

There is a growing market for rubber crumb in the 40 to 80 Mesh range, or finer. Because of the amount of mechanical cutting or grinding required from machines, each working machine down the line becomes slower and slower in production and the rubber crumb becomes finer or smaller.

This is a picture of the Rasper Section for grinding of waste materials.